If you’ve ever taken a cruise or are planning one in the future, you might wonder, how fast do cruise ships go?

The average cruise ship travels at 20kts (Knots) between ports.

Figuring out how fast cruise ships go goes hand in hand with learning all about cruise ship travel. Exploring how cruise ships operate teaches us all about the speed of a cruise, the differences between ship types, and general marine travel.

In short, the cruising speed of a ship dramatically depends on the ship’s size and design. The ship’s structure will determine how it burns fuel and how it navigates changing ocean conditions, all of which affect its speed.

The ship’s speed also depends on the cruise itinerary. A cruise ship needs to get to the next port on time, not early or late. So ships don’t always travel at their standard service speed.

Below, we answer all of your questions on speed and cruise ships. We’ll talk about the different variables that affect speed and see how cruise ships compare to other ocean-going vessels.

So, if you’re interested in how cruise lines operate and what affects ship speed, keep reading.

What Affects Speed on Cruise Ships

In reality, how fast cruise ships go has little to do with the time of day and more to do with fuel efficiency, weather, the ship’s schedule, and passenger comfort.

Cruise ships have better fuel economy at certain speeds, and for both environmental and financial reasons, many cruise liners make fuel savings a priority. So, the speed of a cruise often depends on what is most fuel-efficient.

Wind and weather forecasts both play a role in how fast a cruise can travel. If the wind is working against the boat, it may slow it down.

Also, if the weather forecast predicts a major storm, the captain may decide to speed up to outrun the bad weather.

Cruise captains maintain speed to get them to port on time, not too early or too late. Ports typically charge by the hour so getting there early is costly. At the same time, cruise ships have a schedule they need to keep.

Cruise ship speed also affects passenger comfort. Going faster can lead to a bumpy ride as faster speeds pull more of the hull out of the water. Since giving passengers a comfortable ride is vital, it’s unlikely that a captain would increase the speed unnecessarily.

However, if a passenger has a medical emergency and needs to reach the nearest port, the captain may choose to take the cruise ship to top speed.

What Is the Speed of the Fastest Cruise Ship?

Finding the fastest cruise ship isn’t as straightforward as you may think.

Cruise ships rarely travel at top speed. Instead, they stick to their cruising speed, which benefits fuel consumption and makes for a smoother ride. They typically only travel at top speed during sea trials when there are no passengers and burning more fuel isn’t a concern.

So, how is the top speed of a cruise ship measured?

They use an average based on the ship’s sea trial.

Sea trials are part of the safety tests that cruise ships undergo before their maiden voyage. During sea trials, the ship will have to test its maximum speed.

However, water conditions, bad weather, and several other factors can affect cruise ship speed on any particular day. So, the same ship might register two different top speeds if we were to give it trials on two separate days.

The Knot and the Nautical Mile

Before going any further, it’s crucial to understand how speed is measured on water.

The speed of a cruise on a Royal Caribbean Cruise ship, for example, is 18-20 knots. And most other cruise lines have an average speed of between 19 and 22 knots. For perspective, a 20-knot average cruising speed is the same speed as 23 miles per hour on land.

Given how large cruise ships are, an average ship’s speed of 20 knots is pretty impressive. However, there are some much faster passenger vessels on record.

How Fast Does Queen Mary 2 Go?

When we hear someone ask “how fast do cruise ships go?”, the Queen Mary 2 always comes up. The Queen Mary 2 is the fastest ocean liner currently in service. It has an average speed of 28.5 knots but a maximum speed of 30 knots.

Traveling on the Queen Mary 2

The Queen Mary 2 can make a transatlantic crossing in five days at its top speed. However, it usually sticks to its average cruising speed and makes the trip in seven days.

The Queen Mary 2 is an impressive vessel. It’s the biggest ocean liner ever to set sail, weighing 149,215 tons and measuring 1,132 feet long. That’s twice as long as the Washington Monument is tall!

Though the Queen Mary 2 carries passengers and has many features similar to a cruise ship, like a theater, spa, and nightclub, it’s not exactly a cruise ship. It’s an ocean liner. Technically, cruise ships are for pleasure, while ocean liners are for transportation.

While a cruise ship will take you to specific cruise destinations, it usually ends where it began. If your cruise ship travels from Port Canaveral, it will head back there at the end of the trip.

Ocean liners transport passengers to a new location. The Queen Mary 2, for example, will take you across the Atlantic from the US to Europe.

Ocean liners tend to have greater traveling speed because they’re built with transportation in mind. Besides being designed for maximum speed, ocean liners also have a few other key differences.

They tend to have a longer, pointed bow that helps them navigate high rising ocean waves. They also have an extra thick hull to maintain stability in rough conditions.

All of this allows ocean liners to navigate open waters more efficiently than cruise ships. So, an ocean liner’s cruising speed and top speed will always be greater than the speed cruise ships sail.

Can a Cruise Ship Go In Reverse?

Yes, a cruise ship can go in reverse. Of course, putting a massive cruise ship in reverse is a bit different than backing up your car.

Cruise ships typically have bow thrusters that sit along the ship’s bow and are essentially locked in position. These help power the ship but don’t do much to help steer it.

Most ships also have two or three Azipods. Azipods consist of a pitched propeller mounted within a steerable pod. The pod can turn the propeller a full 360 degrees.

Typically, the Azipods all point in the same direction, towards the ship’s stern, which propels the ship forward. However, captains can adjust the amount of thrust and the direction of each pod, allowing the vessel to turn or even travel in reverse.

By using the Azipods and bow thrusters together, cruise ship captains can easily navigate ports and other tight areas that cruise ships travel.

How Fast Do Wooden Ships Go?

Asking how fast do cruise ships go might make you wonder how they compare to the wooden boats of yore. Wooden ships didn’t have nearly the same maximum speeds as modern ships.

Today’s cruise ships are capable of far faster speeds, thanks to huge advancements in technology. As a result, an average large cruise ship travels at cruising speeds greater than the maximum speed of a historical wooden vessel.

How Fast Do Sailing Boats Go?

Sailing boats come in various forms, and each of them has a different max speed. Usually, sailboats are much smaller ships than cruise ships, and they rely on the wind to power them, so they tend to move at a slower pace.

A racing sailboat can reach up to 15 knots, but a regular sailboat moves at much slower speeds, usually only 4 to 6 knots.

So, How Fast Do Cruise Ships Go?

In truth, a cruise ship’s speed depends on the design of the ship, the itinerary, and the weather. But in the end, the average cruise ship speed doesn’t matter much, as long as the ship makes it to its next scheduled port on time and the captain keeps passenger comfort in mind. 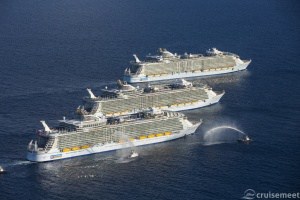 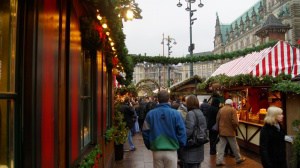