Carnival Cruise Line has an active fleet of twenty-three ships with a further three ships due to join the fleet in the near future (Carnival Celebration and Carnival Jubilee are both new builds and a currently unnamed ship will transfer from sister brand Costa Cruises in late-2022.

The fleet is primarily based in the United States and sails frequently from the ports of Jacksonville (Florida), New York, Port Canaveral (Florida), San Francisco (California) and others.

Carnival primarily caters to the North American market with a lot of onboard activities, dining and entertainment geared towards the American clientele.

Back in 1972, Ted Arison founded the cruise line with just one ship – a former transatlantic liner under the name Empress of Canada. It was renamed Mardi Gras and marketed to young fun-loving individuals – a market that was not catered for at this time by cruise lines.

It proved very popular and the business grew quickly to take on a second ship in 1975 (calling it Carnivale) and the third ship in 1978.

It wasn’t until 1982 that Carnival had its own first purpose-built cruise ship, Tropicale. This is also the first ship where the iconic ‘winged funnel’ first appeared and is now a trademark part of every Carnival cruise ship that people first spot when arriving at a cruise port.

By the 1990s, Carnival had introduced further classes of ships and kept on growing quickly throughout the 2000s too, by 2020 the company had 28 ships in its fleet.

No. Never. Carnival has had some ships with fires and engine issues over the years, but these are few and far between.

The only ship to sink (partially) was Costa Concordia and is a sister brand to Carnival Cruise Line – both owned by the parent company Carnival Corporation.

$1 Billion USD is the approximate price of a new Carnival cruise ship (Mardi Gras) currently – this is due to the size and facilities on the ships. In comparison, Carnival Sunshine cost just $409 million when she was built in 1996.

Mardi Gras is Carnival’s biggest ship at 180,000 GRT and able to carry 5,282 passengers. More than double of their smallest cruise ship.

Carnival Ecstasy is Carnival’s smallest cruise ship at just 70,367 GRT and able to carry 2,056 passengers – less than half of their biggest cruise ship.

Carnival Ecstasy is the oldest Carnival ship. It entered service in 1991. However, it was refurbished in 2017 and is due to return in late 2022.

Mardi Gras is Carnival’s latest ship and entered service in 2021.

Carnival Cruise Ships by Size (from largest to smallest)

Carnival Cruise Ships by Age (from newest to oldest)

Carnival Cruise Line has one of the biggest gaps between its youngest and oldest cruise ships. The oldest ship in the fleet (Carnival Ecstasy) entered service in 1991 and the latest ship (Marda Gras) entered service in 2021 – three entire decades later.

Whilst the recent events in the world stopped the cruise lines in their tracks, Carnival will take the longest to get back on its feet as it was spending the most every month during the global cruise shutdown.

Carnival does refurbish its ships and has undergone a large program to modernize its fleet – calling the newly refurbished ships ‘Fun Ship 2.0’ and adding the same bars and restaurants to the ships as found on some of their newer vessels.

Carnival is seen as a ‘fun’ cruise line – but it also has a reputation as a party line that attracts more budget-friendly cruisers. In the last few years, the cruise line has found a niche of cruisers who enjoy really fun things on their cruises, but also want a little luxury too.

Carnival Vista, Carnival Horizon, Carnival Panorama and now Mardi Gras all have a new class of cabin called ‘Havana Cabins’ which offer a more upmarket-style cabin in an area of the ship called the Havana Retreat.

This exclusive area offers its own pool, hot tubs and bars and is only accessible to passengers staying in the Havana Cabins. It is often located at the rear of each ship, affording excellent views from the aft out to sea and offering a tranquil area to rest from the rest of the fun onboard the ship.

If you enjoyed this guide, take a read of our other guides which include MSC Cruises, Royal Caribbean, Disney Cruise Line and Princess Cruises. 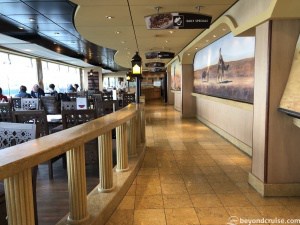