Hello and welcome! If you are following us after experiencing our MSC Magnifica voyage it is great to see you again! If you are new here – get prepared to experience a cruise through daily blogs and social media updates like you are on board with us! Updates are always posted the day after we did them. On our return, we’ll be publishing in-depth guides for the entire ship which will be perfect if you are thinking of travelling on MSC Meraviglia or MSC Bellissima.

Sorry, MSC Bellissima? Yeah, that’s right! MSC’s flagship has a twin sister currently under construction and she is due to set sail in March 2019. Plus, get this – not only is she being named in the UK’s busiest cruise port of Southampton (making her the biggest cruise ship ever to be named there!) but she’s also sailing her Maiden Voyage directly from Southampton to the Mediterranean! We’ll tell you more about her during our voyage!

Although our cruise doesn’t officially start until tomorrow, who doesn’t count the day before as a holiday? Unlike the majority of our past cruises, we won’t be leaving from Southampton this time and we will be joining our ship in Marseille, which is in the South of France. It’ll be a 2.5hr flight tomorrow and then onto the ship after a short transfer!

Today we headed down to Luton Airport (Officially London Luton Airport) and we are staying at the Holiday Inn Express which is less than 1 mile (1.6km) to the airport. The hotel itself is like others in the chain, offering a good size modern room, free unlimited WiFi and a complimentary breakfast (hot or cold) on your departure.

Check-in was quick and easy and after dropping off our bags we took the less than ten-minute walk to the airport to get our bearings ready for tomorrow.

The airport is currently under a fair bit of renovation in Departures, but it is looking alright in the areas they have finished and has plenty of food choices from the moment you step foot in the building (Pret, Starbucks and M&S Simply Food to name just a few). After a coffee and a wander around the shops there it was time to head back to the hotel and do a bit of planning!

Unlike, cruising directly from Southampton we had to be a little cautious on packing because of weight restrictions on the flight. This is actually a good thing (for once I’m not packing a book to read that will return home unread!) and instead of taking everything, I’m restricting us (mainly me) on all the extra clothes I usually take!

After perusing the MSC for Me App (more on that later) and checking out the information about each port we’ll be visiting, we decided to call it a night, ready for the trip tomorrow. But, before we go, a little bit of background on MSC Cruises and what is in store for cruisers over the next decade!

Firstly, if you’ve not heard, MSC Cruises has an incredible investment plan it is currently rolling out (and adding to!) over the next 8 years. They have a staggering FOURTEEN new ships currently on order/under construction (with 4 of those ships just announced today!) and they are looking to expand in every region they operate in, which is great news for all cruisers worldwide!

Their commitment to the UK market is growing apace too. This year we had MSC Magnifica for an entire season, next year MSC Preziosa is sailing directly from Southampton on a number of cruises AND as we said MSC Bellissima is not only being named in Southampton, but she is sailing her Maiden Voyage from there too – which is very exciting!

So, there we go. We’re like kids on Christmas Eve this evening – over-excited and can’t wait to see our new present tomorrow! I hope you’ll join us for a fun-filled 7 days of amazing Mediterranean ports whilst sailing on MSC’s flagship. We’re going to cover every inch of the ship for you – so whether you have already booked or are thinking of booking MSC Meraviglia or her sister, MSC Bellissima you’ll know what’s in store for you!

You can find live updates from us on Facebook, Twitter and Instagram or you can chat with us and other lovely cruisers in our Cruise Fans group! 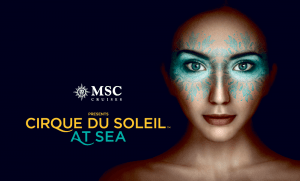 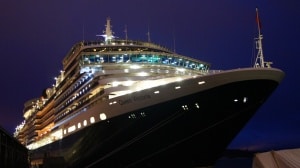 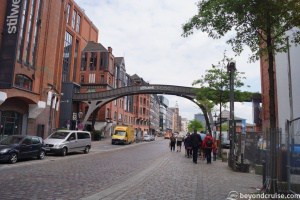