Symphony of the Seas now takes the title of world’s biggest cruise ship from her three Oasis-class sisters – at 228,081 GRT and capable of carrying a maximum of 6,680 guests with 2,200 crew – she truly is a floating city at sea!

The ship, the fourth in the Oasis-class series of ships introduces several refined restaurants that her sisters don’t offer and more games for kids. Additionally, she now has the first Ultimate Family Suite of the Royal Caribbean fleet – offering a two storey suite with a private cinema, LEGO wall and in-room slide!

Symphony of the Seas is now en-route to Malaga, Spain where she will collect the rest of her crew and supplies, she will then perform a preview voyage on 31st March for 5 nights, calling at Naples and Rome.

Finally, she will move to her summer homeport of Barcelona, Spain and on April 7th she will start her first maiden voyage. The 7-night Mediterranean voyage will visit Palma de Mallorca, Provence, Florence, Rome and Naples. She will continue 7-night voyages until November 2018, where she will then reposition to her longterm homeport of Fort Lauderdale, Florida. 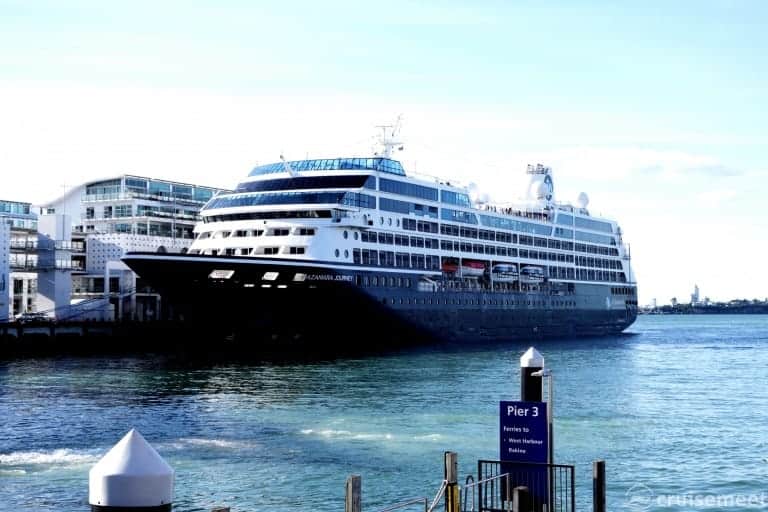