P&O Australia announced today that Pacific Jewel has been sold to an unnamed buyer. Joining the P&O fleet will be Golden Princess in 2020 and Star Princess in 2021.

Pacific Jewel will leave the P&O Australia fleet in early 2019 after nine years of sailing itineraries in the Pacific. This is the second ship that the cruise line has sold in recent months after news that Pacific Eden was sold to Cruise & Maritime Voyages and will begin sailing for them in 2019.

“A jewel by name and nature,” said President Sture Myrmell. “Pacific Jewel leaves us in March next year but please rest assured we will be contacting guests with bookings on Jewel after this time offering cruises that best match their needs.”

Pacific Jewel was built by Fincantieri in Monfalcone, Italy, and launched in 1989 for Sitmar Cruises. However, before she entered service for Sitmar, the line was acquired by P&O and the ship sailed as Crown Princess for Princess Cruises. Twelve years later, the ship was transferred to A’Rosa Cruises as A’Rosa Blu in 2002. When P&O was acquired by Carnival Corporation in 2004, the ship was refurbished and began operating as AIDAblu for AIDA Cruises. In 2007, the ship was transferred to cruise line Ocean Village under the name Ocean Village Two. After just two years, Carnival closed the Ocean Village brand and in 2009 she was transformed into Pacific Jewel to join P&O Australia’s fleet.

First ultra-luxury cruise line granted access for cruises to Cuba Seabourn is the third Carnival-owned cruise line to begin cruises to Cuba. Seabourn Sojourn has been given the green light to offer five sailings there in 2019. Guests will have the choice of four separate itineraries sailing on five different departure dates. The 11, 12…

High gusts of wind were to blame Celebrity Cruises ship Celebrity Infinity crashed into a pier at the Alaskan port of Ketchikan on Friday afternoon. Video of the incident, captured by another ship at the port shows the ship slowly coming closer and closer to the pier before pushing into it and scraping the side…

Princess offering overland New Zealand tours As part of Princess Cruises’ Across the Ditch Program, the line has launched two new overland shore excursions in New Zealand’s North Island for the 2018-2019 Summer cruise season. Princess guests will have the opportunity to travel New Zealand, off the beaten track, with over twenty exclusive shore excursions… 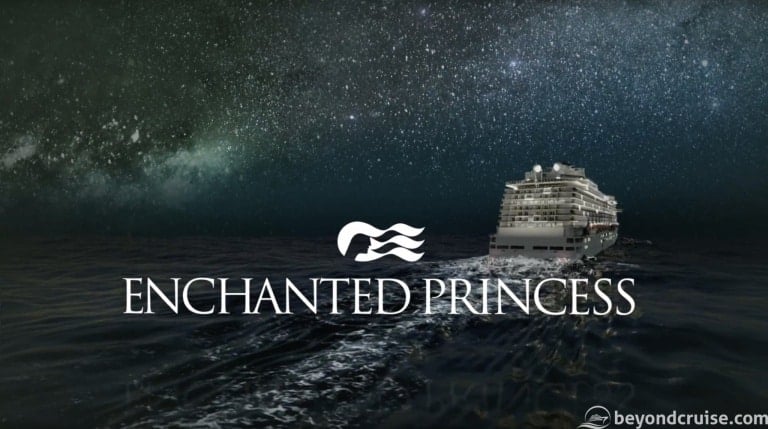 Fifth Royal-class ship will be called Enchanted Princess Princess Cruises has announced today that their next ship to join the fleet will be called Enchanted Princess. [xyz-ihs snippet=”bc-inarticle”] The ship, due to sail in June 2020, is the fifth Royal-Class ship in the fleet. She will join Royal Princess, Regal Princess, Majestic Princess and Sky Princess…