by Chris Hughes
in News
0

100 days until MSC Bellissima is named in Southampton

With only 100 days until MSC Bellissima reaches UK shores, MSC Cruises has announced some exciting new features onboard their latest ship and we’ve got some previews for you! 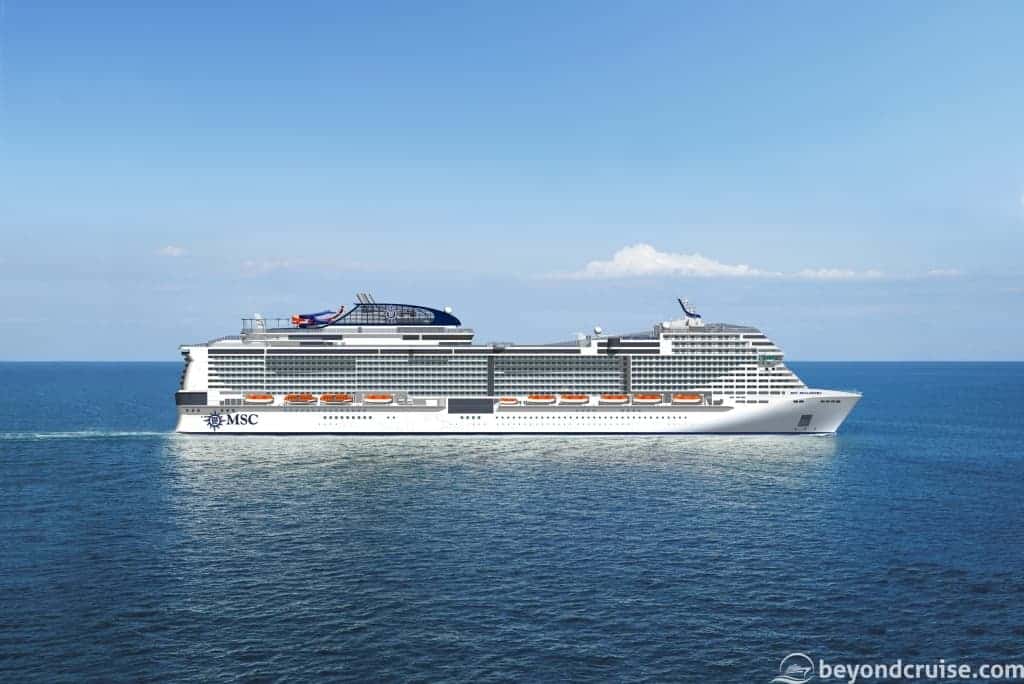 Ramón Freixa has created yet another exciting dining experience for MSC guests with a new Spanish tapas restaurant called ‘HOLA’. The tapas bar will offer a range of shared plates that celebrate the Mediterranean way of life through contemporary dishes that have a traditional touch. The social dining venue will be a warm open space with communal and individual seating.

Ramón Freixa explains, “I want guests to enjoy a true taste of Spain through appetizing tapas and a cheerful bar atmosphere.” Freixa continues, “I am delighted to be collaborating again with MSC Cruises. This partnership is special to me as we have such strong shared values and this new restaurant embodies our passion for sharing the joys of Mediterranean food.”

The popular Kaito Sushi Bar and Kaito Teppanyaki, both already on MSC Meraviglia will also make an appearance on MSC Bellissima.

If you loved Cirque du Soleil at Sea on MSC Meraviglia, you’re going to have to book MSC Bellisima to catch these two brand-new shows! (And the further four new shows that will feature onboard MSC Grandiosa in 2019 and MSC Virtuosa in 2020)

More about the new show concepts will be revealed soon so keep an eye out for that.

MSC Bellissima will feature a Grand Canyon-themed aquapark with three exhilarating water slides as well as some of our favourite entertainment features like the full-size bowling alley, F1 simulator and 5D Cinema.

Six new West-end style theatre shows have been developed for your evening entertainment in the 985-seat theatre in addition to a packed schedule of activities hosted by the entertainment team.

At the heart of the ship is the Mediterranean-style promenade with 80-metre LED sky screen. It’s here you’ll find live entertainment, shopping and some of MSC Bellissima’s 12 dining venues and 20 bars!

If you’re looking for some relaxation, the authentic Balinese MSC Aurea Spa offers 79 different body and facial treatments along with an impressive thermal area.

In addition to the popular LEGO themed kids’ clubs and MSC Bellissima’s impressive 700m² children’s play area, is a brand-new School of Magic programme and weekly Magic Talent Show that will inspire wonder and imagination during your young travellers’ holiday.

MSC Bellissima is the first ship in the fleet, and in the world, to sport voice-enabled Artificial Intelligence devices in every cabin. Zoe has been designed to elevate the guest service experience to the next level and if it’s anything like the system built into your in-cabin television, it’s going to be a game-changer!

So, when does MSC Bellissima arrive?

MSC Bellissima will sail from the STX shipyard in Saint-Nazaire next year for her naming ceremony on March 2nd where she will make history as the biggest ship to be named in Southampton. The event marks MSC Cruises’ significant commitment to the UK market and exciting times ahead for UK cruisers.

We are so excited that the countdown to the launch of our ‘most beautiful’ ship has finally started. We are having three full days of celebrations in the city of Southampton and we look forward to sharing this landmark moment with media, consumers, the city of Southampton and our travel agents, who we’d like to thank for their continued support of our business. The event, as always, promises to be a star-studded, glittering affair with over 5,000 people attending over the three day period from over 20 countries around the world. We have so much still to announce over the next few months from the celebrity acts that are performing at the ceremony to the concepts and show names for the new Cirque du Soleil at Sea shows.

Watch this video to see a sneak preview of the ship:

We recently sailed on MSC Bellissima’s sister ship, MSC Meraviglia! Take a look at what we got up to in the same region that MSC Bellissima will sail during her Maiden Season!

Cunard’s Three For All Promotion

No Result
View All Result