Majestic Princess has arrived into Singapore after a 23-day Grand Asia voyage from Shanghai to Sydney.

She is now on her way to Darwin, Australia where she’ll continue on to Brisbane and finally to Sydney. It’s from here that she’ll be sailing to other destinations in Australia, New Zealand and the South Pacific during her six-month Australian home-porting season.

The ship’s first sailing out of Australia is a 12-day roundtrip from Sydney, making calls at New Caledonia, Vanuatu and Fiji on September 15.

She’ll then embark on her first Across the Ditch itinerary is a roundtrip sailing from Sydney, Australia, across the Tasman Sea, to seven New Zealand ports: Bay of Islands, Auckland, Tauranga, Wellington, Akaroa, Dunedin and Fjordland.

Majestic Princess will sail back to Singapore in April 2019 on another Grand Asia repositioning cruise, this time from Sydney to Hong Kong. 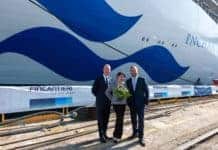 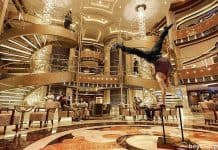