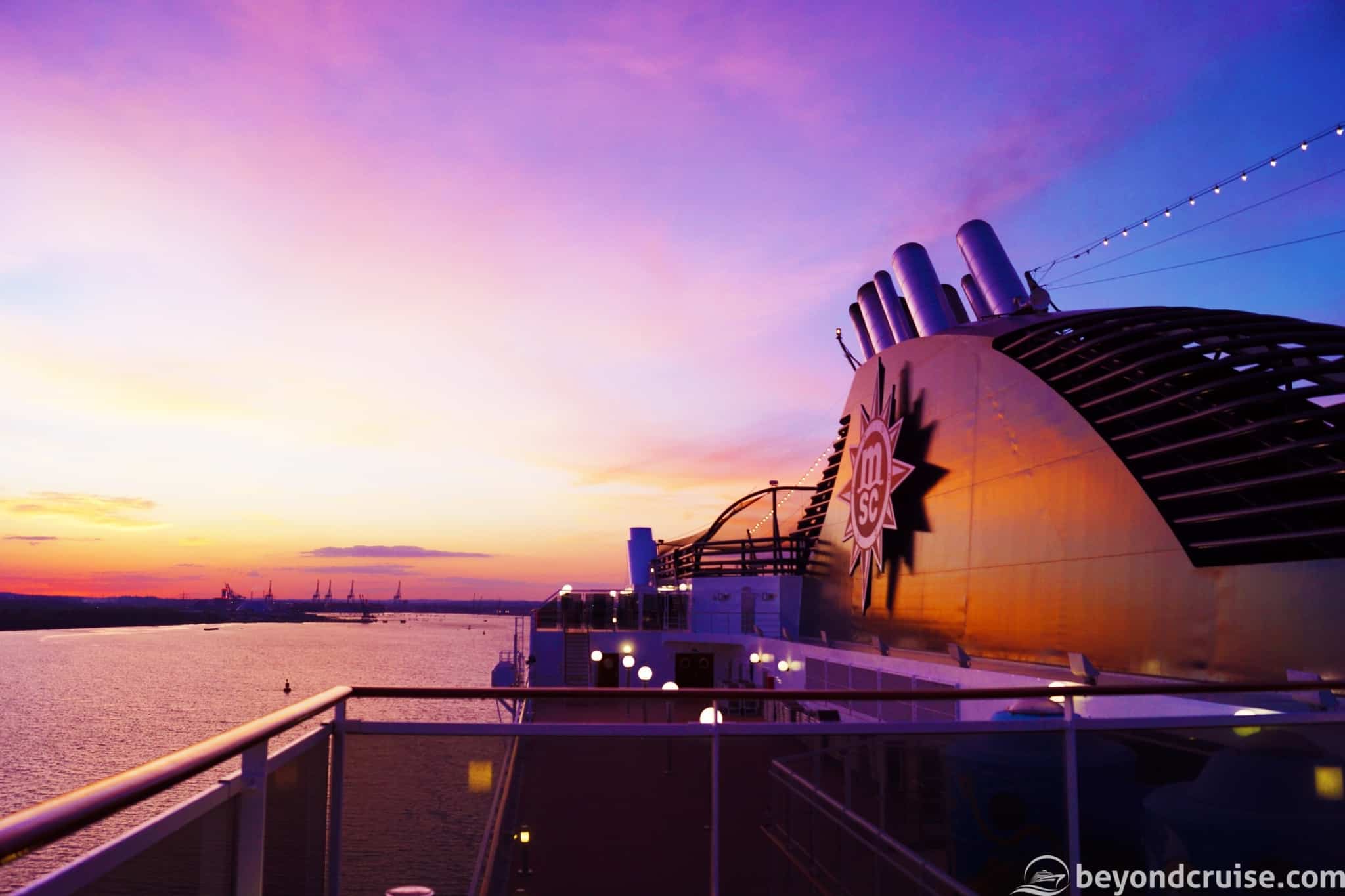 We woke up leisurely this morning around 9am and immediately looked out of the window to see the ship, forgetting, of course, our hotel room overlooked Southampton Police Station rather than the port, nevermind! Breakfast was served in the hotel restaurant, and although the buffet isn’t huge, it is a nice selection and let’s be honest – we’re going to be overwhelmed with food choices in a few hours time!

After leaving the hotel around midday, we made a quick visit to Mayflower Park – the must-visit place on all cruise-lovers lists to visit when in Southampton. At the end of the park we saw Celebrity Cruises’ Celebrity Silhouette docked, she is having a summer season in Southampton too, like MSC Magnifica.

We then set off to our terminal. MSC Magnifica was berthed at the Mayflower Terminal today, which is accessed via Dock Gate 10. A short drive down Harbour Parade and you are there. As you approach Mayflower Terminal it always amazes me at all the 1000s of new cars and vans either waiting to leave the UK to other countries or having just arrived waiting to be delivered to their respective owners.

At the terminal, a friendly person from the port explained the parking was different than usual and we needed to drive a mile further past the terminal to find the red car park. Dutifully, we did this and on arrival in the red car park, another friendly agent directed us to where we’d leave the car. Two attendants came over and took our check-in luggage immediately from us and then we walked about 25m to a coach that was waiting to take us to the terminal. There were three coaches running a 5-minute shuttle service for passengers back to the terminal, which was nice as you didn’t have to wait for a coach to fill up before it left.

On arrival at the terminal, more friendly staff directed us to the check-in desks and we showed our cruise ticket and passport before heading to security. Talking of which, security was a breeze, despite the fact we are bringing more cameras, chargers, and electronic equipment on than an average four families would be bringing together!

After that, a short walk to the ship where we traversed the gangway until setting foot on her for the first time. From the outside, MSC Magnifica’s hull is beautifully painted white and she looks immaculate. As we entered the ship we showed our passports and tickets again and then handed over our tickets in return for a quick photo. We were onboard, it really is that easy!

Immediately we noticed how friendly and welcome the staff were, offering to carry our bags to the lifts and asking us which cabin we were in to make sure we were heading the right way (tip: when getting on the ship at the last moment, look up and see which is the front (bow) and then remember if you need to head left or right towards your cabin!). It is obvious straight away that you are on an Italian ship, she is covered in mirrors and very glitzy, but in a really nice elegant way. We headed to Deck 12 and found our cabin with ease. On the bed were our cruise cards, some welcome information and the ship daily program.

We dropped our bags and within a few minutes our suitcases arrived and our stewardess also came to visit and introduce herself.

After unpacking, we headed off and explored the ship – heading to the Sahara buffet as it was way past lunchtime now – we picked up some freshly made pizza, it was hot and delicious – just as it should be. There was a choice of four different types at any one time. The Sahara buffet is on Deck 13 and runs along both sides at the rear of the ship. There is an outdoor terrace area with tables and chairs which will be nice when we are out of the cold Southampton weather!

After our lunch we went to activate our cruise cards – unlike other cruise lines, MSC Cruises don’t take a swipe of a credit card at check-in. Instead, you have until 11pm on the following day after embarkation to register a credit card at one of the automated card activation points (on three decks) or at the Guest Services Reception on Deck 5. We found a card activation point near the Cyber Cafe on Deck 7 and swiped our cruise card, followed by a credit card and it took a pre-authorisation charge of 250 Euros for the cruise. We were now good to go.

Talking of cruise cards – we opted for the Inclusive Drinks Package (there are three – we’ll do another post about those) and your cruise card actually has the package number printed on it – no need to activate it or ask for a sticker or anything else. We visited the La Barchetta Bar and ordered a couple of drinks, presented our card where it was returned complete with a zero-rated receipt – it is as easy as that.

By now, the ship was near-enough fully boarded with new passengers as although MSC Magnifica is boarding passengers in Southampton this summer, it is not her only turn-around port and many other guests who had joined the ship at Hamburg and Le Havre were off on day trips today. (Sorry for those going to London and visiting Big Ben – it is under wraps currently for maintenance!)

Some announcements were made across the entire ship and it was time for the ship’s emergency drill. If you have never attended one of these (hopefully, because you are a new cruiser and not because you’ve skipped them!) then you simply head to your cabin from wherever you are and collect your life-jacket. You then head to your assembly or muster station (which is printed on your cruise card) and you are guided down every corridor and stairwell by lots of cruise staff who are positioned every 5m or so. When at your assembly station, a small talk is given on how to put on your life-jacket and the numerous features it offers. Everyone tries them on briefly and then ten minutes later, you can leave and carry on with whatever you were doing. It is extremely simple but very important. I will be doing a post specifically on SOLAS (Safety of Life at Sea) when we get back. Covering its history and some of the basics, for those that like behind the scenes and the technical side of cruising, it’ll be right up your street!

We did some more exploring of the ship during the next couple of hours, getting our bearings and also scoping out some of the areas to do some filming over the next two weeks. For dinner, it is casual dress tonight, which is just casual dress, although we’d like to check out the main dining room tonight, it will clash with us sailing away from Southampton at 8pm (we are on the 8.30pm table sitting) so we’ve decided we’ll eat at the Sahara buffet again for tonight. We had a quick dinner in there and the staff were very attentive again.

We walked around the top decks for a while (15 & 16) and found some great vantage points for our sail away. Unfortunately, Celebrity Silhouette had left earlier at 4.30pm so we were unable to get any shots of her as we left. We let our lines go and the ship’s bow thruster and azipods kicked in, gently pushing the ship away from her berth and out into the port. We then slowly started moving forward and as we did the clouds appeared to disappear and out came the sun for our sail away! We had a beautiful, but quiet sail away as the majority of people were either dining in restaurants or at one of the shows.

We passed Mayflower Park, where we were stood only a few hours earlier and then passed Ocean Terminal, where Princess Cruises’ Royal Princess was alongside. She was actually meant to be in Le Havre (where we are heading!) today, but because of the very bad weather, she has actually come into Southampton a day early and unfortunately, the people on there are spending their last day and evening of their cruise alongside in Southampton!

We slowly made our way down the River Test and past Fawley before gently turning starboard and passing Calshot, which seemed absolutely tiny compared to when we were filming from there yesterday. We have found a few spots on deck 15 that get no breeze at all, which is great as it was pretty cold leaving Southampton and managed to get plenty of photos as we continued sailing with the sunset behind us.

As we needed to get our internet up and running and do various work bits (this blog amongst other things!) we decided to head back to our cabin for the night. Enroute though, we wanted to find out how we could access the front of the ship. A lot of ships don’t have full access to the front of the ship, unless it is a special occasion, such as passing through the Panama Canal. Thankfully, MSC Magnifica has been designed that you can access three ship-wide balconies on Decks 11, 10 and 9. We headed to Deck 11 on the starboard side and opened the door at the end. It was extremely peaceful and pitch black – just the moon lit up the sea ahead of us and thankfully the wind was only blowing from our left, so it wasn’t too breezy. A couple of shots over the bow and we headed back to our cabin.

As we are now crossing the English Channel (the busiest shipping area in the world, would you know!) we are actually in one of the riskiest parts of the crossing. As the majority of traffic here is passing from the Atlantic Ocean to the North Sea or vice versa and we are heading across their paths to travel the 78 nautical miles to Le Havre, France. Thankfully, due to modern technology such as radar and planning software, it is less a job of hit and miss and more of a graceful synchronisation of timing to avoid any other ships.

As we headed into the middle of the English Channel, the movement on the ship has increased, we have a 47km/h wind blowing across our beam from the port side (it is blowing directly from the left basically) and the ship is, therefore, rocking slowly side to side. As someone with plenty of sea time under my belt, it doesn’t bother me and in fact, I enjoy it – I totally love that feeling to being at sea, but I feel for those that don’t take it so well!

We set the cabin tv to a front view of the ship and fell asleep – tomorrow morning we’ll be in France and we will be getting off the ship for a wander. Until then, thanks for reading and don’t forget to follow our social media channels – we are randomly performing live sail away broadcasts, and other updates too! 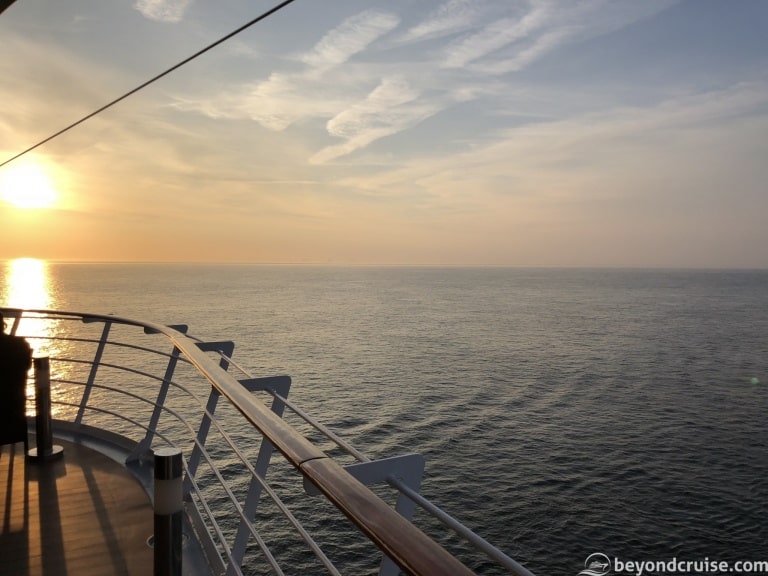 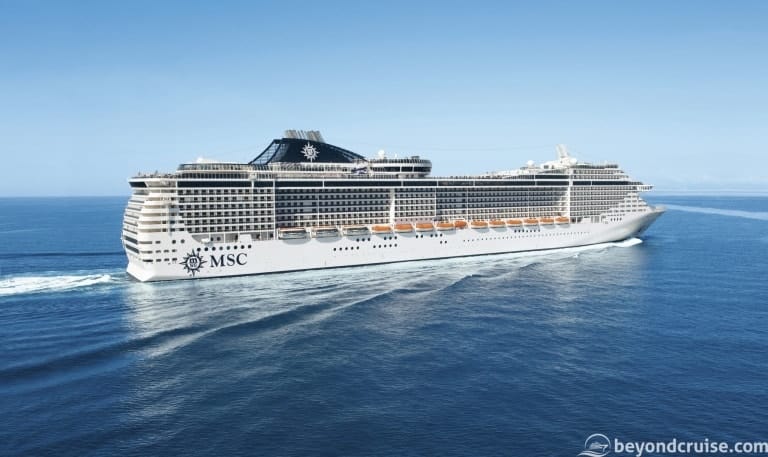 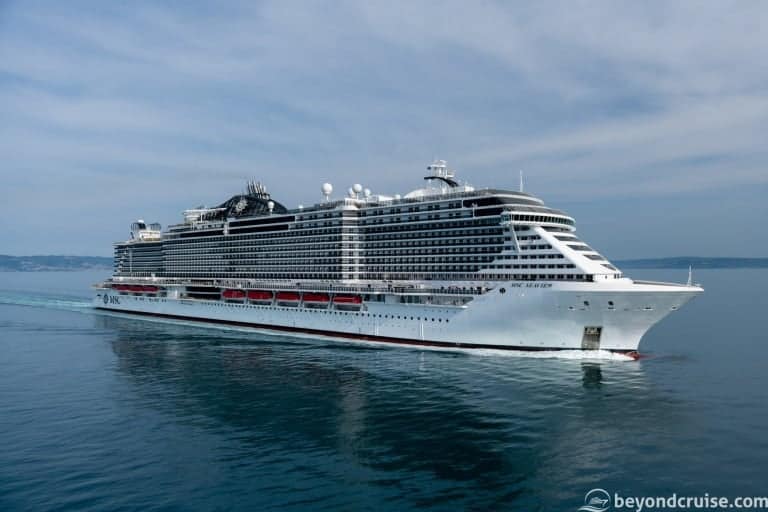 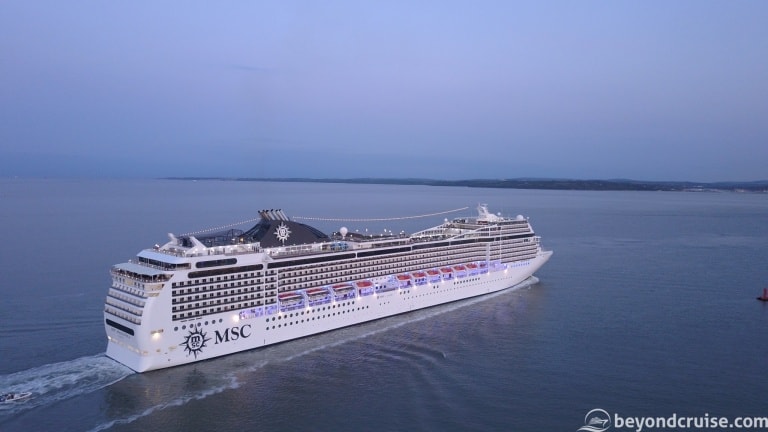 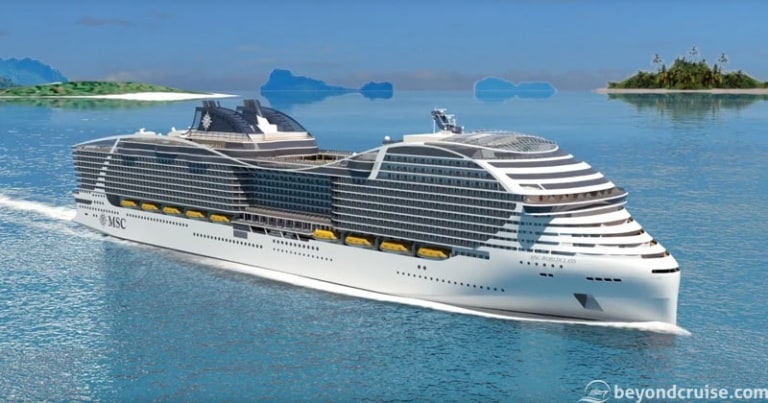